Have you read Reality: The Arie Chronicles? Even if you have, here's your chance to read it again with Dani. Starting August 1st there will be a daily chapter discussion in the Arie's World goodreads group. This is a unique opportunity to have one-on-one time with the author and get inside the heads of the characters. For those of you who have not purchased it yet, a FREE download code will be given in the group on July 31st. An added bonus for those who participate in the chapter discussions will be sneak peeks into Dreams: The Arie Chronicles, book 2 before anyone else later this fall. Come join the fun and meet or get reacquainted with Arie and her 2 favorite boys, River and Ashe. 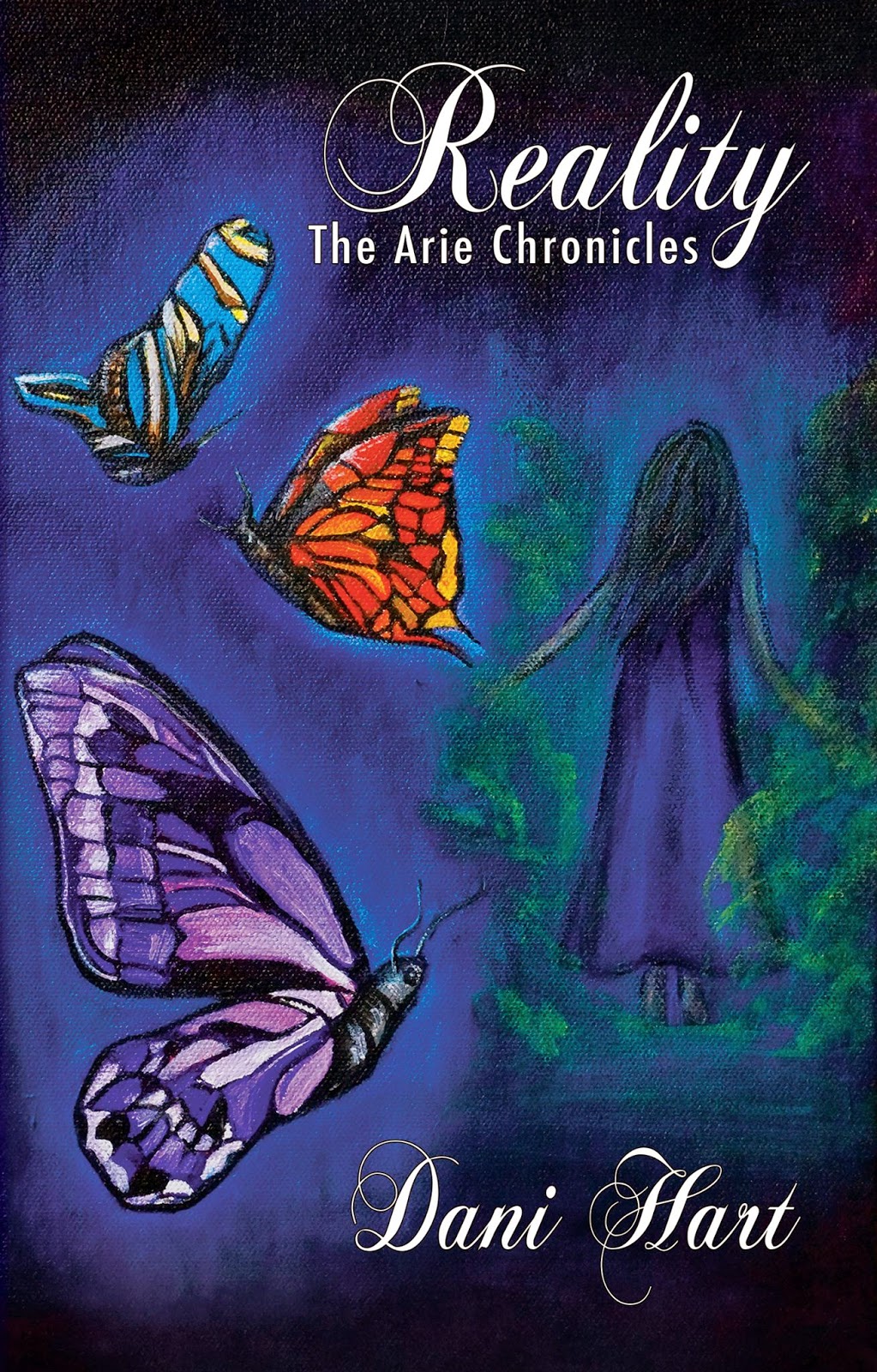 To be extraordinary was a fate Arie Belle had never imagined. She was comfortable living the simple life on a meadow protected by towering trees just outside of town. Her days were filled with naïve pleasures and promising love until the unexpected and mysterious death of her mom. Instantly, her world became dark and, at times, hopeless. Her only saving grace was her lifetime friendship with the boy next door, River, who was relentless in picking up the pieces of her broken future.

Years of numbness were lifted when a beautiful stranger, Ashe, entered her world and took her soul to places it had never been, across realities trapped in the worlds of fairytales. Would he be her savior, or would she find the strength within to be her own?

Her journey begins on her eighteenth birthday and quickly unravels what she is and who killed her mother. Her uncanny connection with nature and heightened sensations are just one of many secrets that unfold along the way. Will she find answers before the next full moon where her death is painted in the fate of the stars? Will she accept a scripted destiny or let the dark side of life suck her in?